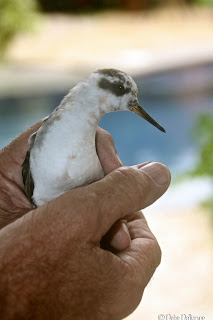 Costa Rica has two seasons, the High Season, which is December to April on the Central Pacific coast, and the Green Season from May until November.  It is now nearing the end of October and there has been very little rain this season until this week.  The past few days have brought the torrential downpours that the rain forest is famous for.

And along with the rains came this little bird that appeared to be in distress.  We are not sure if it was injured, rain soaked or just a young sea bird separated from it's mother but it was sitting in the street and could not fly.  It did not seem afraid at all and welcomed the warm hands that took it in and gently carried it to safety.  When it was released into our backyard it still did not fly but waddled off into the swimming pool!  It was quiet content to paddle around in the blue water the rest of the day as if to say...  "I am a lucky ducky to have found this beautiful pond to call my own!"


Now remember that we have a lovely family of basilisk lizards that reside in our backyard and Loco was lounging on the pool deck when this little bird went cruising by as if she were the princess of the pond.  She swam up and down and around and around!  It was an amazing sight to behold and reminded me of how much we enjoy being surrounded by nature.  I went back about my business and when I went back later to check on this little creature she was napping on the pool deck and stirred when she saw me.  She began to waddle all around the backyard as if to be checking out her new surroundings until she grew weary and nested down for another nap.

Later when I went to check on her whereabouts I did not see her anywhere.  Maybe she is tucked away in some of the tropical plantings for the night....  or maybe she flew away!  I will name her Amelia in hopes that she can fly and Amelia this is my message to you . . . 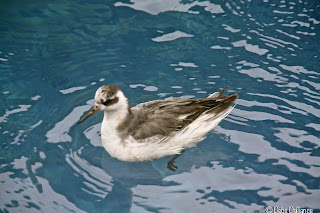 "Don't worry about a thing,
'Cause every little thing gonna be all right!"

Our Rescue Duck! from Deb's Dalliance on Vimeo.
Posted by Debbie Hutchins at 9:26 PM